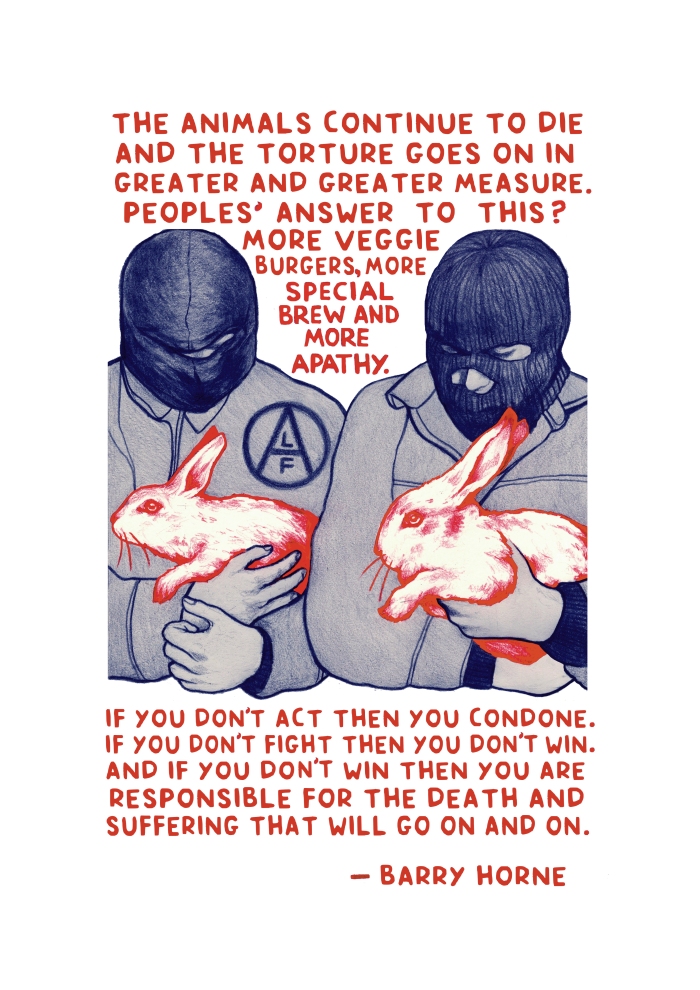 Rest In Peace Barry Horne, Long Live The Animal Liberation Front. November 5th marks the anniversary of Barry Horne’s death. He was a hunt sab and an avid member of the ALF who campaigned strongly against vivisection. He made headlines around the globe, brought the issue of animal experimentation to the forefront of British politics, and inspired a huge upsurge of activism against animal testing. He organised laboratory raids, liberated 82 beagle puppies and 26 rabbits from Harlan Interfauna, sabotaged an animal research conference, was connected to night-time firebomb attacks that targeted businesses that supported animal abuse, and succeeded in campaigning for the end of dolphins being held in captivity in the UK. Barry was given an 18 year sentence (the longest ever handed to an animal rights activist by the British court) for planting incendiary devices (set to explode at midnight) in shops that sold leather and fur. Barry carried out 3 long hunger strikes after his arrest (35 days, 46 days and 68 days) in an attempt to get the British government to agree to commit to ending all animal testing. He died of liver failure 15 days into his final one. Barry was absolutely crucified by the media and branded a violent fanatical terrorist.